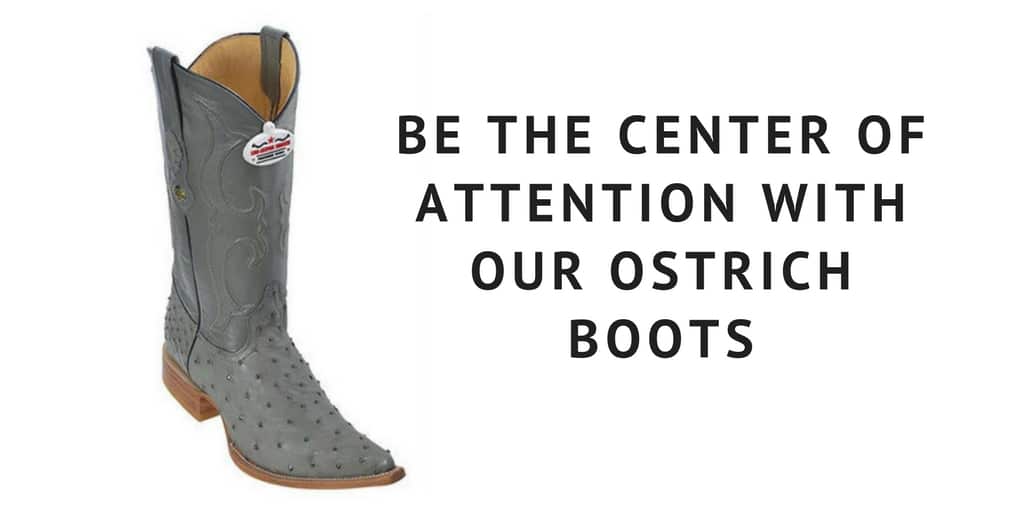 Black cowboy boots were a must-have for boys growing up in the 1950s.

Hop-along Cassidy, the fictional cowboy hero never got on his horse without a pair of black boots on his feet. When the TV show, Bret Maverick, starring James Garner became a hit, black boots were “in” with fans. Cowboy boots were solely a Western thing in those days. Today, many famous celebrities sport gray ostrich boots and other western footwear. If you would like to wear a western boot like gray ostrich boots, here are some top tips for you.

But the 1970s gave cowboys boots another persona. The Village People hit the airwaves with their hit song, YMCA, and the cowboy boot was suddenly not Western anymore. Gray ostrich boots, as well as alligator and crocodile boots became fashion items. Men of all ages saw themselves in a pair of boots, thanks to the celebrities who gave the boots a must-have appeal.

When the movie, Urban Cowboy hit the big screen in 1980, men had to look like John Travolta when they went to ride a mechanical bull. If those big-name movie stars could wear cowboy boots and look good, men could do the same thing in real life. Real life suddenly embraced mens alligator shoes, crocodile, ostrich, buffalo and other exotic leather boots. The boot industry had a profitable new fashion item on their hands.

These mens cowboy cheap boots always help you to leave a lasting impression on others in every event.


Cowboy Boots are Not Just for Musicians

The love of exotic cowboy boots is still alive. Willie Nelson wears a pair of $4,000 ostrich boots on stage. Luke Bryan wears a pair goat and ostrich boots when entertaining. Dwight Yoakam wears an $1,900 pair of boots on stage and in some of his movies. Josh Turner wears Ariat brown oily boots while he tours. But cowboy boots are not just for musicians. Hugh Jackman, Kevin Costner, Jack Nicholson and Bradley Cooper wear exotic boots off screen.

Wearing exotic boots like gray ostrich boots isn’t a mystery. Once men break in exotic leather boots, they say the boots are more comfortable than shoes. Boots require special care, and they are hard to get on early in the morning, but those things don’t matter to men who wear calf, alligator, crocodile, ostrich and other leather boots every day.

Some men say wearing boots is the mark of true style in today’s crazy fashion world. Men who wear boots known who they are, and they are not afraid to tell the world what they think. They believe Hopalong Cassidy was cool, and cowboy boots continue to be a hot fashion item. 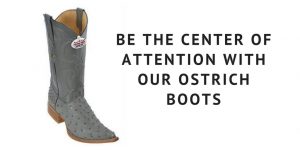