Belts came into fashion as a functional accessory which helped the men keep up the pants. But with time we have altered the style to our liking and now there are numerous styles of the belts some purely for aesthetic purposes. If you are bored with your usual calfskin leather belts and want to try a new style then we would suggest you to try out the ostrich belts. You might be already aware of the exotic skin belts but the most popular ones remain to be alligator and crocodile belts. Only in recent times, the ostrich skin belts are becoming popular. If you are interested and want to know more about the style then we are here to help you. Here in this article you will get to know everything you need to know about the ostrich belts before you use the style.
To start with a little history, the ostrich skin came into the fashion world during the 1850s. It was a by-product from the south African farms which reared the ostriches. While their meat and feathers were used for other purposes, the skin was left to waste. Thus the ostrich skin also joined the ostrich feathers into the fashion industry. The unique look of the ostrich leather with its raised points which create little bumps on the skin was the key point on why the designers were intrigued. This particular part of the skin is found on the area called crown which is the place where the animal’s neck meets the rest of its body.
The ostrich skin is also very tough and durable. It is considered to be the second strongest only less to the Kangaroo leather. But the key point here is, though they are strong, they are also flexible thus letting the manufacturers work wonders on them. This makes the ostrich leather desirable for the making of a lot of fashion items like shoes, handbags, wallets, belts and more. All these unique factors keep the ostrich leather in demand and thus the price is also quite high. This is the reason why the ostrich leather is often used for the luxury items alone. 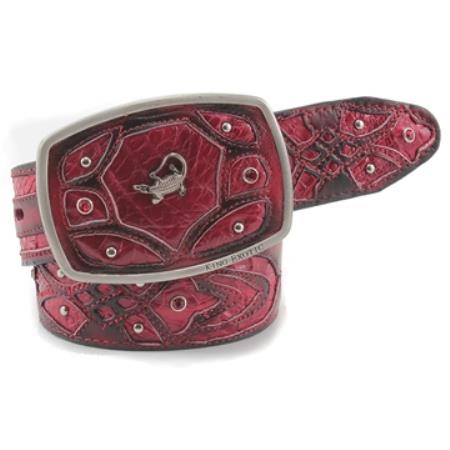 Coming back to the ostrich belts men, you can be sure of the durability and functionality of these belts. When you choose the authentic ostrich belts, it would be a great investment for your wardrobe. Since it is rare, it would be great for you style the belts for the special occasions. It will help you feel confident in your outfit and make your outfit look carefully picked out. You can also go with the ostrich belts cheap styles but you cannot expect much durability or any other factors like on the authentic leather belts. Thus it would be better to stick with the well known ostrich belts brands, rather than buying from an unknown buyer. Check out the product for any damages before you pay for it.
As for styling of the ostrich belts, there is nothing too special and you can make it work just like the usual leather belts. But as mentioned before, they are much suited for the special occasions rather than for regular use. Here are some outfit styles that you can try out while adding the ostrich belts to the mix.
For a simple and smart look, you could style the navy blue suit with a white dress shirt, tobacco striped tie and a tan print pocket square. You can style this outfit when there is a party or such happening at work and then to rake up the stylishness of this simple style, you can add with it a dark brown ostrich belts men’s fashion along with a pair of dark brown sunglasses and tobacco leather brogues. For these types of events, you will have to dress to blend in but you can add these little tweaks which showcase your personality.
But when you want an outfit that is simple and classy but you still want the people to understand the effort you put into it then this is the perfect look. You can style the dark green suit with a light blue dress shirt, navy tie and a light blue pocket square. To complete the look in the perfect way, introduce the best ostrich belt in burgundy and match it with a pair of burgundy leather oxford shoes.
For a stylish winter outfit, you can style the navy suit with a white and navy striped dress shirt and a dark brown polka dot tie. Now to fight off the cold, you can add with the outfit, a grey overcoat and a multi colored print scarf. Now to round off the look, add a dark brown ostrich belts design and then a pair of dark brown leather oxford shoes. Note that in this outfit, the belt, the tie and the shoes all match the shade. If there is brown in scarf then the outfit is even more of a success.

If you want to experiment with colors then here are some outfit styles for you. While the black and dark brown ostrich belts are the ones that most people prefer, there are almost all colors available in the ostrich belts collections. You just have to go through the styles to find the one that fits you. As for the smart casual outfit with a little color to it, a light violet suit paired with a black print dress shirt and black pocket square is a neat outfit. You can add with it a black ostrich belt in western style and then a pair of black leather monks.
Search for stores that stock the style using ostrich belts near me options in the web. But if you don’t have the time to visit the stores, you can purchase the ostrich belts online. There might be a lot of ostrich belts discounts that you will find when you spend enough time researching. Thus you can save a lot of time and money with online shopping.