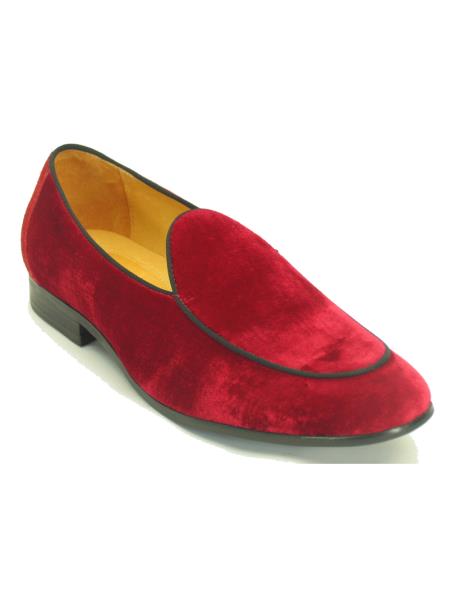 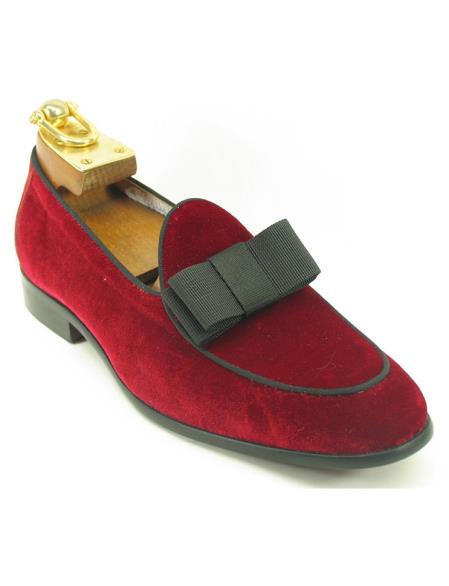 Imagine you receive an invitation to a formal event and the dress code mentioned is black tie. These aren’t very frequent and thus you will put maximum effort into looking great for the event. For your outfit to conform with the dress code you will need to go with a tuxedo preferably black and then pair it with a white tuxedo tuxedo and a matching bow tie. Most people stop at this point while planning their outfit for the evening since they consider it to be the major part. But in reality a perfect outfit involves much more and one important part is the shoes. Any outfit is complete only with proper footwear that matches the look. There are a lot of options for formal shoes but in this article we discuss the mens black velvet shoes and some of the best ways in which you can style them.

Usually people go with leather black shoes when it comes to formal garments. But as mentioned before black tie events do not happen often and thus the attire requires you to go with something finer. This is where the mens velvet black shoes enter since they offer a more refined look when compared to the leather formal shoes. Black patent leather shoes definitely would do their part but when you want that part to be extraordinary then you should go with mens black velvet shoes.

When we mention velvet most men would back off reasoning that velvet is a women’s fabric and it would be hard to pull off. But in reality when you learn to style it right velvet is one of the easiest and most stylish fabric to dress up. Also the velvet blazers and pants are becoming increasingly popular in menswear thus you need not worry about standing out too much. In fact if you are a person who is trying the velvet fabric for the first time then mens black velvet shoes might be a good start since they are subtle and would not attract too much attention on their own. Also for starters there is no better choice than to go with black since it is almost too easy to pull off. Black also would be appropriate for any type of events be it formal or casual. Another advantage with black velvet shoes is that even though most people would show up for these events in black tuxedos and black shoes the black velvet dress shoes will give a stylish edge to your outfit.

There are different styles in the velvet black mens shoes and you should know about the styles to make the best pick that would work for you. Considering the nature of the event you are attending can also help in choosing the right style of the mens black velvet shoes. Like before if it is a black tie event then you should go with the formal black velvet shoes. This will keep your outfit appropriate for the said event but at the same time would add a stylish twist which is much needed if you consider the look to be boring or too uptight.

But if the event is a little more casual like a wedding or such then you can try going with the casual black velvet shoes. Most of the formal velvet black shoes come in plain styles while the casual ones might have some detailing like embroideries and prints on it which makes them more stylish. If you add trying out the velvet style for the first time stick with the plain ones but if you think you are ready to have some fun then you can go with the casual black velvet loafers.

As for styling the mens black velvet shoes here are some ideas which we think might help you dress up. Starting with the most obvious and fail proof look you can style the black tuxedo with a white tuxedo shirt and a black bow tie. Complete the look by adding with it a pair of black velvet tuxedo shoes. This outfit would pass for any type of formal events even to the black tie ones. But if you want a more casual look then you should try styling the mens black velvet shoes with the suits or the blazers.

If you like to add more color to your outfit you can try going with the lighter and brighter color garments. For example you can go with an ensemble of light grey check blazer styles with a light blue dress shirt, navy print pocket square and a pair of blue chinos for a proper and sophisticated look. To polish the look of the ensemble more you can add with the outfit a pair of genuine black velvet shoes. If you are feeling a little more bold then you can choose to style the light blue check blazer with a white dress shirt, navy polka dot tie, green pocket square and hot pink chinos. To ground this stylish outfit you can add with it a pair of mens black velvet shoes.

For a casual laid back look you go with the black velvet shoe outfit that consists of white and black print crew neck t-shirt, mint cardigan and a pair of charcoal striped chinos. A mustard plaid blazer paired with navy t-shirt and navy dress pants is also a cool outfit which you can complete by adding the mens black velvet shoes.